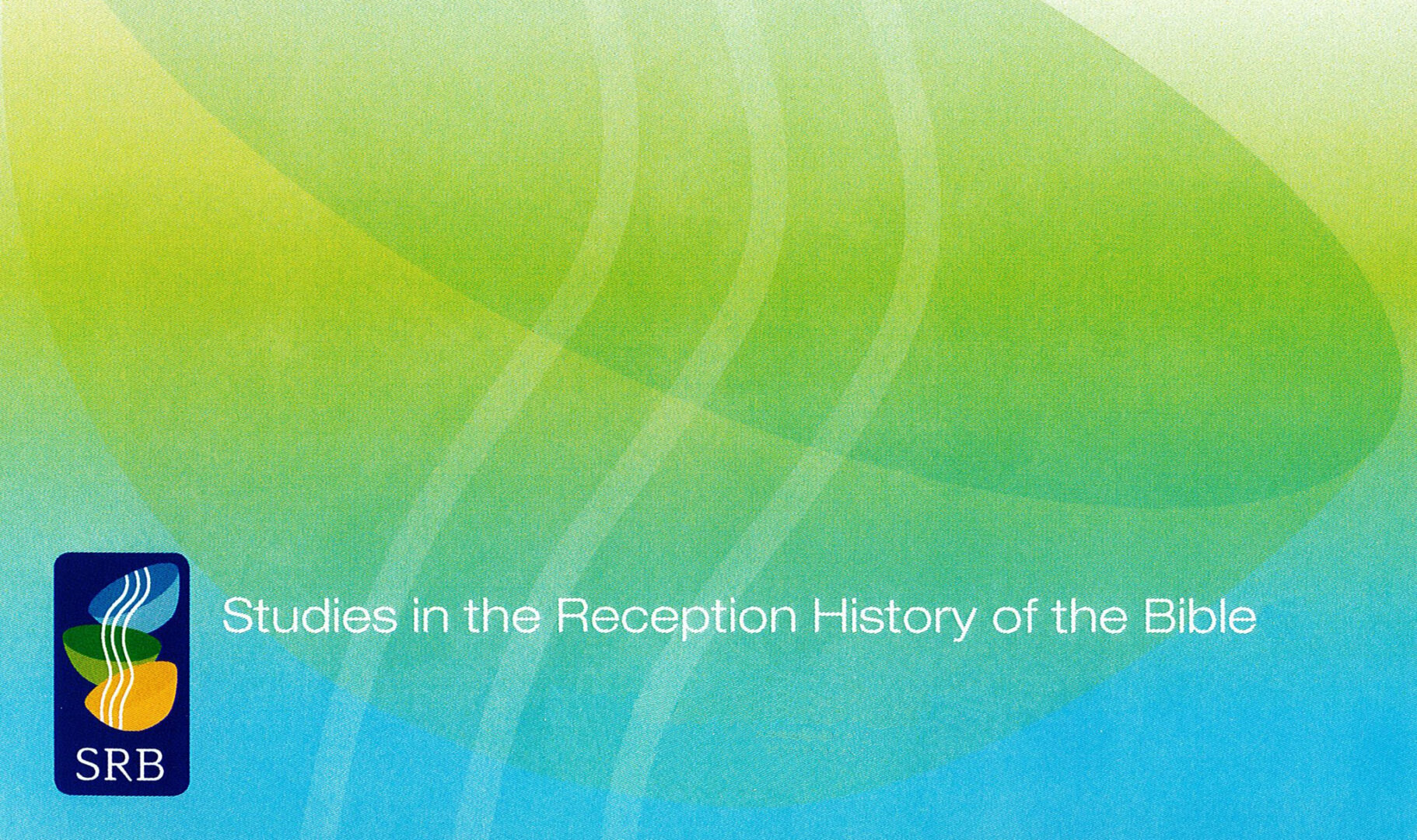 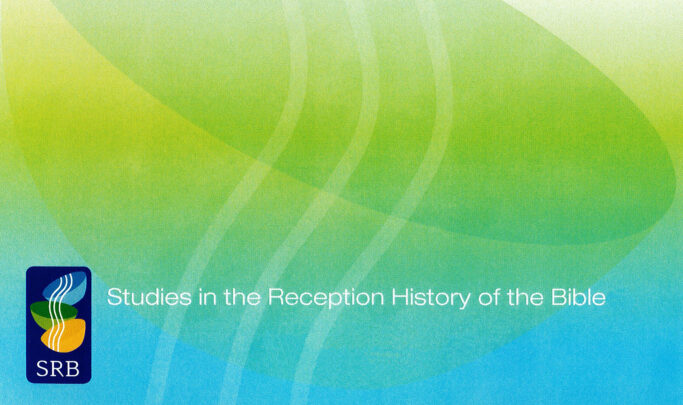 Network for the Study of the Reception History of the Bible

The foundation of the series is the international and interdisciplinary Network for the study of Rewritten Bible founded in 2006 on the initiative of Åbo Akademi University. After few years of work and gatherings the need to widen the focus to the whole reception history of the Bible became obvious. To better reflect this, the title of the publication series was changed from Studies in Rewritten Bible (= SRB) to Studies in the Reception History of the Bible (= SRB). In interests of continuity we have decided to preserve the abbreviation ”SRB.” Today the network gathers a number of European scholars together to discuss and study various topics within the framework of the Reception History of the Bible.

A whole florilegium of themes and types of afterlife of the Jewish and Christian Bibles can be collected under the umbrella of Reception History. The rewriting, i.e. enhancing, modifying, completing, and colouring, of the Scriptures was done by the generations who received the authoritative texts from their forerunners – in a fact, it started already in the hands which created the later strata of the Bible itself, and since those days the process has continued in different forms until today within the Jewish and Christian traditions. Since the study of the Reception History of the Bible has already by its nature crossed the boundary between Judaism and Christianity and now also brings in contributions of the Islamic studies (the Bible rewritten in the Islamic tradition) it functions as a means of increasing mutual understanding of the deep traditions of the three Abrahamitic faiths.

The researchers of the Åbo Akademi -team, who have worked and/or still work in the network and have presented papers in its conferences and symposia and/or written contributions to network’s publications, represent a wide variety of disciplines and research topics. We are (in alphabetical order):

Other scholars who have presented their contributions and published them in our network include following experts from other Finnish and foreign universities (in alphabetical order):

“Abraham’s family: A network of meaning” was held in Marburg, Germany (September 2016) under the chairmanship of Prof. Lukas Bormann. Twenty-five papers were presented. The contributions of the conference have been published in Lukas Bormann, ed., Abraham’s Family: A Network of Meaning in Judaism, Christianity, and Islam (WUNT 415; Tübingen: Mohr Siebeck, 2018).

“Understanding abnormalities in Biblical figures” was held in Marburg (October, 2020, Zoom conference). The papers will be edited by Lukas Bormann, Guido Baltes and Martin Meiser and be published.

“Between Universalism and Particularism: The Reception of Abraham and Jacob Stories in Jewish and Christian Writings (= UNIPAR)” was held in Turku (August 2021, Zoom conference). The papers will be edited by Antti Laato and Stefan Green and be published.

The Academy of Finland provided financial support for the project: ”Where are you, Adam? A New Understanding of Adam and Eve in Jewish-Christian-Muslim Context” during the period 1.9. 2013 – 31.8. 2017.

The topic of this research project, the figure of Adam, results from co-operation between professors Antti Laato and Jaakko Hämeen-Anttila. Scholars participating in the SRB-network contributed to this project. ÅAU research team concentrated in Jewish and Christian interpretations on Adam.

The aim of this research project was to open the closed case of Adam and provide a new and updated ”biography” of Adam-interpretations from the Old Testament times onwards to later periods when the main Jewish, Christian and Muslim documents were written. The central question wass: How was the story of Adam interpreted in different historical and social contexts? And how was the figure of Adam used to depict the prototype of human being in the Jewish, Christian and Islamic religions? There are several points where we wanted to clarify the picture of Adam in different historical periods and correct earlier misreadings by avoiding blinders which later Jewish, Christian and Muslim interpretations have made on earlier writings.

I: Formation of the biblical traditions in the Hebrew Bible.

III: Formation of the Christian and rabbinical traditions.

IV: Formation of the Muslim traditions.

V: The golden age in Spain when all three monotheistic religions encountered each other in a relatively peaceful milieu.

In August 25-28, 2014 a conference took place arranged in Turku. The approx. 25 papers were discussing Adam-traditions and their reception history in Jewish, Christian and Muslim writings. The papers were be published in the SRB-series. The wide spectrum of the papers shows clearly that the western post-Augustine picture of Adam as the one who fell in sin and subjugated the whole humankind under the yoke of ”original sin” is too one-sided. Adam interpretation contains lots of important theological concepts which are shared by all three monotheistic religions.

Publications of the project:

* A. Laato & Lotta Valve (eds), Adam and Eve Story in the Hebrew Bible and in Ancient Jewish Writings Including the New Testament (SRB 7, Winona Lake: Eisenbrauns 2016).

The Research Project (2018-2020): “Between Universalism and Particularism”

The Polin Institute provided financial support for the project “Between Universalism and Particularism: The Reception of Abraham and Jacob Stories in Jewish and Christian Writings (= UNIPAR)” 2018–2020

UNIPAR (Between Universalism and Particularism: The Reception of Abraham and Jacob Stories in Jewish and Christian Writings) is a multidisciplinary research project which combines experts of biblical studies and early reception history of the Bible in Jewish, Christian and rabbinic writings. UNIPAR will be a part of the international research network SRB (Studies in the Reception History of the Bible) which was established in 2006 by the initiative of Åbo Akademi University. UNIPAR will deal with the patriarchal stories and the two modes of reasoning that are visible in these stories: universalistic and inclusive mode of reasoning (all nations will be blessed in Abraham’s seed) and particularistic and exclusive mode of reasoning (divine election of Isaac i.o. Ishmael and Jacob i.o. Esau). What has not been emphasized in earlier research is that these two modes of argumentation have been closely interconnected in Christian and rabbinic reception of the Abraham and Jacob Stories and contributed to the self-definition of the two religions. UNIPAR is interested in understanding this interconnection as well as in clarifying the roots of these modes of reasoning in early Jewish reception history.

UNIPAR will arrange an international conference at Åbo Akademi University in 2021 where we will deal with Abraham- and Jacob-stories in Jewish and Christian texts. Scholars among others from Belgium, Finland, Germany, Holland and Italy will take part in the conference. If you are interest in presenting a paper at this conference, please contact Professor Antti Laato (antti.laato@abo.fi). Presentations at the conference will be evaluated and edited in a SRB volume which will be published by the network.

UNIPAR will clarify the problematic argumentation process behind the Christian replacement theology and in this way opens new possibilities to understand Jewish-Christian encounters in history and today.

During the research period it becomes clear that the focus of the project should also be laid in the story of Noah which in the Book of Genesis provide an important background to Abraham’s family history – something which becomes visible especially in the early Jewish reception history (e.g., 1 Enoch, Jubilees and Genesis Apocryphon).

Publications of the project (the recent situation):

Erkki Koskenniemi, “No Star from Jacob, No Lion from Judah: Josephus and the Blessing to All the Nations,” in Pekka Lindqvist & Lotta Valve, Herald of Good Tidings: Essays on the Bible, Prophecy, and the Hope of Israel in Honour of Antti Laato, (Hebrew Bible Monographs 97; Sheffield: Sheffield Phoenix Press, 2021) 160-190.

UNIPAR Conference was held in August 2021 (Zoom Conference) and the papers will be edited by Antti Laato and Stefan Green and be published in future.