This project concerns the political economy and political ecology of northern Ghana in historical perspective with a special emphasis on the late precolonial to the early postcolonial era. Already at independence, the North-South division of the country was a market one and have remained so. Critical studies on the ‘underdevelopment’ of Northern Ghana blame it on the legacy of colonialism and the reluctant colonial state to invest in the economic and social development of the North. However, after more than sixty years as an independent country, the postcolonial period has lasted longer in the North than British colonial rule. Also, few of the denunciatory analyses are based on a close reading of the colonial records or have made use of the large amount of colonial documentation that is archived in various archives in Ghana and the United Kingdom. Although Walter Rodney’s famous quote that “the majority of Africans went into colonialism with a hoe and came out with a hoe”, one still has to ask if and to what extend did the colonial state had an impact on social and economic conditions in northern Ghana. Before, during, and after the colonial period, local societies had to adapt to external stress factors such as climate, insect plagues and a variety of microbes that affected humans, crops, and livestock. Here, the colonial period marked a clear break to earlier ways of coping with external stress, namely the attempt to moderate the effects of external stress factors and, eventually, to counteract them by introducing agricultural, horticultural, forestry and epidemiological development programmes. Although previous studies have recognised the beginning of modern societal development in northern Ghana during the colonial period, few have made use of the colonial archives to give a critical assessment of the colonial impact on agriculture, forestry or disease and epidemics. To give an answer to these questions, this book project seeks to establish an environmental history of modern northern Ghana. 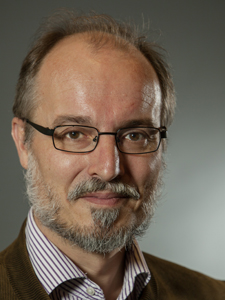