Coping with stressful environments: adaptive strategies and their consequences in seaducks

Environmental stress puts pressure on species adaptation. Our main study system are eiders from the Baltic Sea; we use a long-studied (> 25 yrs) population from Tvärminne, SW Finland.

The eider is a key species in the ecosystem but currently rapidly declining, and classified as endangered in Europe. The population decline has been paralleled by a steep increase in predation and climate change-related impacts on the eiders’ main food, blue mussels.

Assessing the adaptive potential of this seaduck in coping with environmental perturbations is therefore a key research priority. We focus on antipredator adaptations associated with female cooperation during communal brood care, the role of cognitive traits, behavioural plasticity and nest-site selection in adaptive responses, and physiological stress adaptation mechanisms.

The goal is to predict which individuals – and in which environments – will experience the strongest responses to the environmental change facing the Baltic Sea. Ultimately, we want to find new solutions for halting the current population decline. 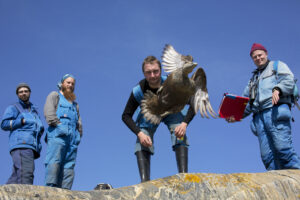 and partners from Finland, France, Canada, Denmark and Norway.

Current and former group members obtaining PhD in the team:

Brain size and adaptation to a novel predation regime 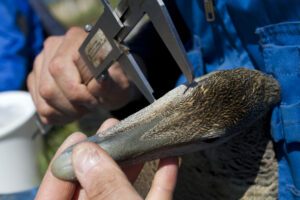 Brain size may aid predator avoidance but the evidence is controversial. Elucidating the relationship between brain size and predation risk requires long-term research in populations subject to rapid changes in predation risk. The decline of eiders in the Baltic Sea has been paralleled by a rapid increase in its main predator, the white-tailed sea eagle, providing an ideal test bed. The goals are to determine the role of relative brain size and cognitive traits in predator avoidance, and the factors limiting the evolution of increased relative brain size. We use long-term individual based ecological data on females and laboratory-based analyses of physiological stress biomarkers. This project sheds light on the cognitive mechanisms underlying optimal detection and evasion of predators in the wild – thus advancing our understanding of the cognitive processes involved in complex animal behaviour.

We investigate how the interaction between stress and parental hormones allows female eiders to adapt to the increasing environmental challenges in the Baltic Sea. We assess the role of individual stress coping style in affecting individual fitness and elucidate how interactions between stress hormones (corticosterone, prolactin) can explain individual variation in reproductive success under increasing predation risk. This project will help to develop endocrine markers to quantify the ability of individuals to adapt to changes in the environment.

Examining the causes and consequences of the population decline 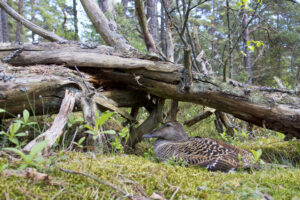 We investigate the drivers of population decline at different spatial and temporal scales using demographic models and empirical data. We also analyze the population dynamic causes and consequences of phenomena intimately linked to the population decline, including an increasingly male biased adult sex ratio, changes in breeding propensity, and changes in the geographical distribution of breeders. The project helps to clarify the extent to which changes in nest-site selection and breeding behaviour can counteract reductions in population productivity, and helps to identify the sex and age-classes to prioritize in conservation efforts.

We are continuously accumulating long-term individual-based data on reproductive success and parental care strategies of individually marked eider females and young. This allows us to determine the division of parental effort and reproductive success within groups of cooperating brood-rearing eider females (‘kindergartens’) with respect to variation in individual quality (e.g. body condition and age), personality (e.g. boldness), relatedness and the relative numbers of genetic offspring of each female. We also investigate the factors underlying alloparental care and how reproductive decisions are shaped by predation risk. 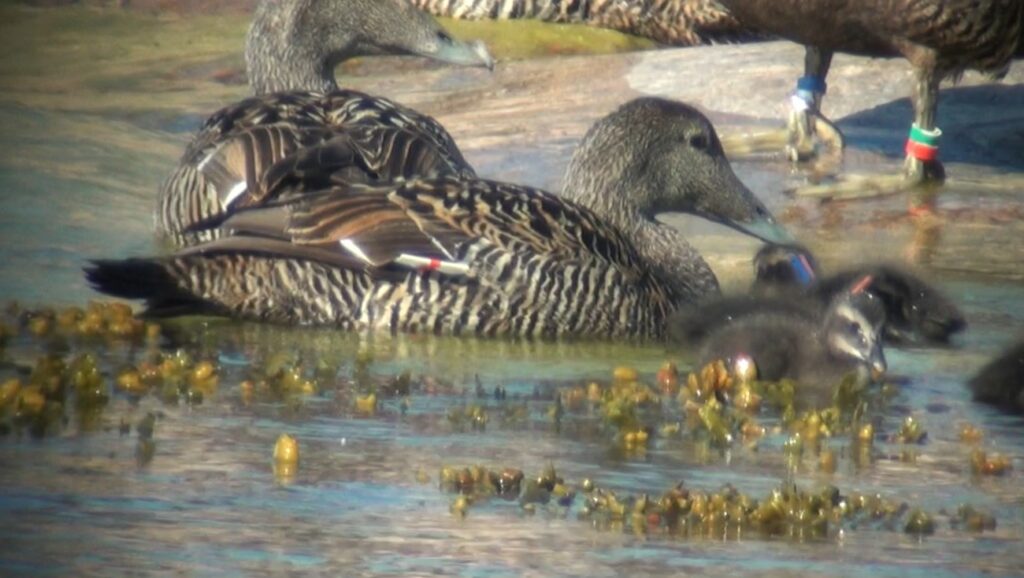