The Europe Forum will again see top names of politics, economy, and research

The Europe Forum will again see top names of politics, economy, and research

An open discussion on the future of Finland and Europe will take place for the fifth time at the Europe Forum, in Turku, on the 24th to 26th of August. The theme of this year’s Europe Forum is the position of Finland and the EU as part of the changing international order. Speakers include Prime Minister Sanna Marin, Minister of Finance Annika Saarikko, Minister for Foreign Affairs Pekka Haavisto, party leaders Petteri Orpo and Riikka Purra, Minister of Education Li Andersson, and Sitra’s President Jyrki Katainen.

Like the rest of the world, Europe and Finland have been hit by many crises: The COVID-19 pandemic, war, growing tensions in global politics, climate change, rising energy and raw material prices, as well as uncertainty in the economic outlook for the future. The future of democracy, the free market economy, and the stability and security of societies are the subjects of daily social debate.

Once again, the Europe Forum responds to the current need for a European discussion and, for the fifth time, invites people from different areas of society to participate in the discussion: Political decision-makers representing different views, NGOs, business life, experts, and citizens. The Europe Forum is an opportunity to meet and exchange European ideas.

“Russia’s war against Ukraine has dominated and will dominate the preparations and discussions of the upcoming Europe Forum. Finland’s security policy will be the subject of a historic debate, before and also during the forum, the core of the debate being our NATO membership,” says Anders Blom, Professor of Practice, Chair of Europe Forum Turku.

The three-day programme will see discussions on the changed foreign policy situation, both nationally and internationally. The events will include a top-level foreign and security policy seminar, as well as an EU policy prime minister debate, where the leaders of four parties will discuss the current situation in the EU, the future, and the European policy of the future government. The Forum will discuss topics such as EU-NATO relationship, EU’s Russia policy, the green transition, as well as the development of international trade and competition.

This year’s event, too, will see a large number of ministers, MEPs, as well as scientific, economic, and political experts participating in the discussion of topical matters. 2022 is the European Year of Youth, and the programme of the Europe Forum offers several opportunities for young people to participate in the debate. The public will be able to take part in the entire three-day event online.

The autumn season of politics and economics will begin from Turku also this year – welcome!

See the entire programme outline of the Forum: https://europeforum.fi/en/programme/. The programme will be updated during the spring and summer. 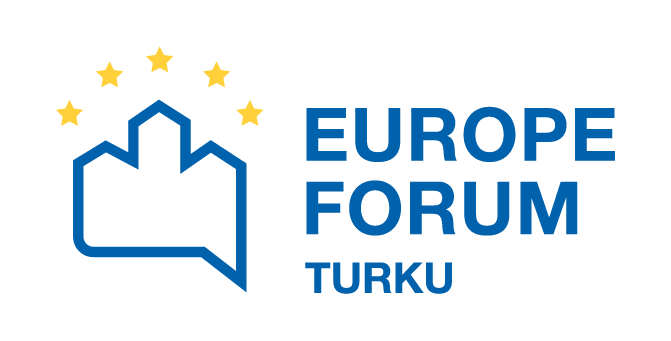 Europe Forum is Finland’s leading European policy forum and the annual opening of the political season, in Turku, which reflects on Finland’s role in Europe and the EU. The event was first organised in 2018.

Europe Forum is Finland’s leading European policy forum and the annual opening of the political season, in Turku, which reflects on Finland’s role in Europe and the EU. The event was first organised in 2018.