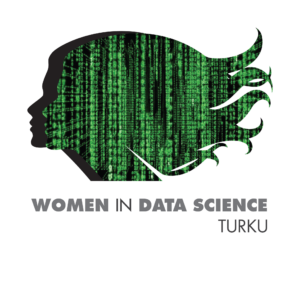 In June, Åbo Akademi University will organize the event Women in Data Science (WiDS). The purpose of the event is to give visibility and recognition to female data scientists, present their work and hear their visions.

WiDS was first organized in 2015 at Stanford University in the US. Today, WiDS has grown into a global movement with regional events in more than 60 countries, reaching 100,000 participants annually.

According to Sepinoud Azimi, docent of biomedical data analytics and coordinator of WiDS in Turku, women have always played an important role in technological development. Despite this, the gender differences in technology and data science have only increased in the last 20 years.

– The negative development can be due to several things, stereotypes about male and female industries, or a lack of female role models. Data science is growing at a furious pace today, and there are many career opportunities, regardless of gender, she emphasizes.

– The challenge for women in the industry is not only that they are in the minority, but also that they do not get the attention they deserve. With this event, we want to try to bridge the differences between the sexes, at least a little. We want to show that women have a lot to offer data science, and inspire and educate young data scientists, regardless of gender, to take part in the data science development that is sweeping the world right now, says Sepinoud Azimi.

Among the speakers in Turku are several prominent international IT experts, including Dr Larissa Suzuki from University College London who lectures on the cities of the future and Dr Christina Katsimerou from the e-commerce company Booking.com.

WiDS Turku, which will be arranged virtually, will take place on Thursday, 10 June 2021. The event is free and open to anyone interested, regardless of gender or background.