The extensive collection constitutes more than 40 running meters and spans the time period from 1797, when the Society was founded, to about 1917. In 2017 the archive was included in the Finnish national registry of the UNESCO Memory of the World Programme.

An archive of national importance

The mission of the Finnish Economic Society was to improve the economy of Finland and the living conditions of the population. Above all the Society worked towards developing the agriculture and its subsidiary industries through education and practical measures. In order to obtain a complete picture of the social and economic conditions of the country, a nationwide network of correspondents was established.

During Swedish rule as well as during the Grand Duchy the Society was consulted by the state administration as a body of experts and held executive power in several fields. For instance, the Society played a central part in establishing the state administration after 1809, as well as when the Diet convened in 1863. The extensive work of the Society is reflected in its archive. The archive provides an exceptional insight into the social and economic conditions of 19th century Finland and illuminates central political events in Finnish history.

The countrywide network of correspondents sent regular reports regarding the conditions in their home towns. The correspondents were often doctors, priests, officers and others that were in close contact with the population. Their reports provide first-hand knowledge regarding the local farming, education, social conditions, climate and the overall state of health of the people. 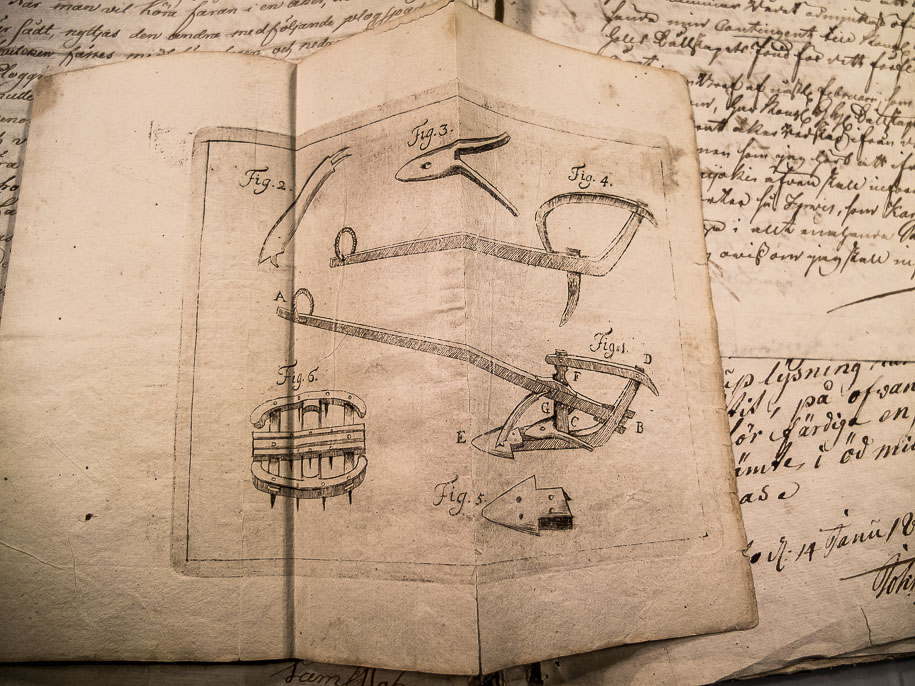 Among the most important missions of the Society were the vaccinations against smallpox and promoting cultivation of potatoes. The Society also took an interest in forestry, animal husbandry, the school system and the rural retail trade. By handing out rewards the Society aimed to encourage the peasantry to accept new ideas and methods and to promote new settlements and land reclamations. In order to spread knowledge and innovations the Society also published various popular pamphlets. The first pamphlet was published in 1798 and describes how to make emergency bread out of moss.

The archive is divided into six series. Through the ÅAU Library’s website for digitized material, Hereditas culturalis, you’ll find a detailed presentation of the contents of the different series as well as digital samples from the archive.

Finska Hushållningssällskapets arkiv och skrifter by Lars Zilliacus is a useful tool when using the archive. It is a thematically structured book series that provides an opportunity to examine the archive material from several different points of view.

If you have questions or want to get acquainted with the archive, contact Åbo Akademin University Library Archive Collections.

Åbo Akademi University Library is responsible for the choice and presentation of views contained in this website and for opinions expressed therein, which are not necessarily those of UNESCO and do not commit the Organization.