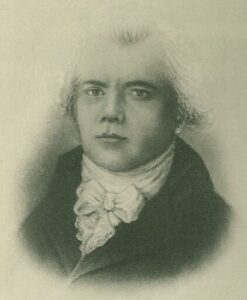 Johan Gadolin (1760-1852) studied chemistry in Uppsala, Sweden, where he 1781 published his pro excercitio “De analysi ferri” and in 1782 his pro gradu “De problemato catenario”. Gadolin returned to Turku in 1783, and was appointed professor in chemistry at the Royal Academy of Turku in 1797.

Johan Gadolin rose to fame through his discovery of rare earth metals. In 1792 he got a piece of black heavy mineral originating from a quarry in Ytterby, Sweden. Gadolin isolated a rare earth oxide which was later named yttria, Y2O3, and also yttrium trihydroxide. Yttria was the first known rare earth metal compound and the work was published in 1794. The mineral Gadolin examined was named gadolinite (Y2FeBe2Si2O10) in 1800. In 1880, the element gadolinium and its oxide gadolinia were named after Johan Gadolin. 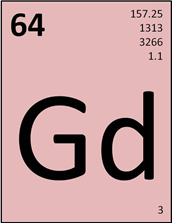