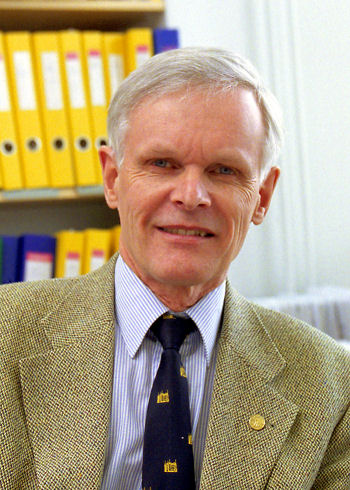 To be elected Chancellor, the individual is required to have served science, art or the university system with distinction. The University Collegiate Body appoints the Chancellor for five years at a time.

You can also contact the Chancellor by way of the Executive Assistant Johan Berg
phone: +358 50 433 2683
e-mail: johan.berg@abo.fi

Gahmberg has been quoted more than 14 000 times and he has been elected as member of several European academies of science. As Permanent Secretary of many years at the The Finnish Society of Sciences and Letters, and today as honorary member, he has given the Finnish scientific community visibility, both nationally and internationally.