The centenary celebration commenced with a major outdoor event in Turku on Thursday, 18 January 2018. Åbo Akademi University welcomed the public, along with the personnel and students, to join the “Lights on ÅAU” event at the Tuomiokirkontori square in front of the ÅAU Main Building.

There was a spectacular audiovisual show combining light, projection mapping and 3D effects as well as circus art. The producer of the show was Artturi Elovirta Innovations. The celebration continues at Kåren with musical performances on three stages. The main performer was the Ostrobothian humour group KAJ. The event was co-arranged by the student restaurants, Kafé Gadolinia Kb. 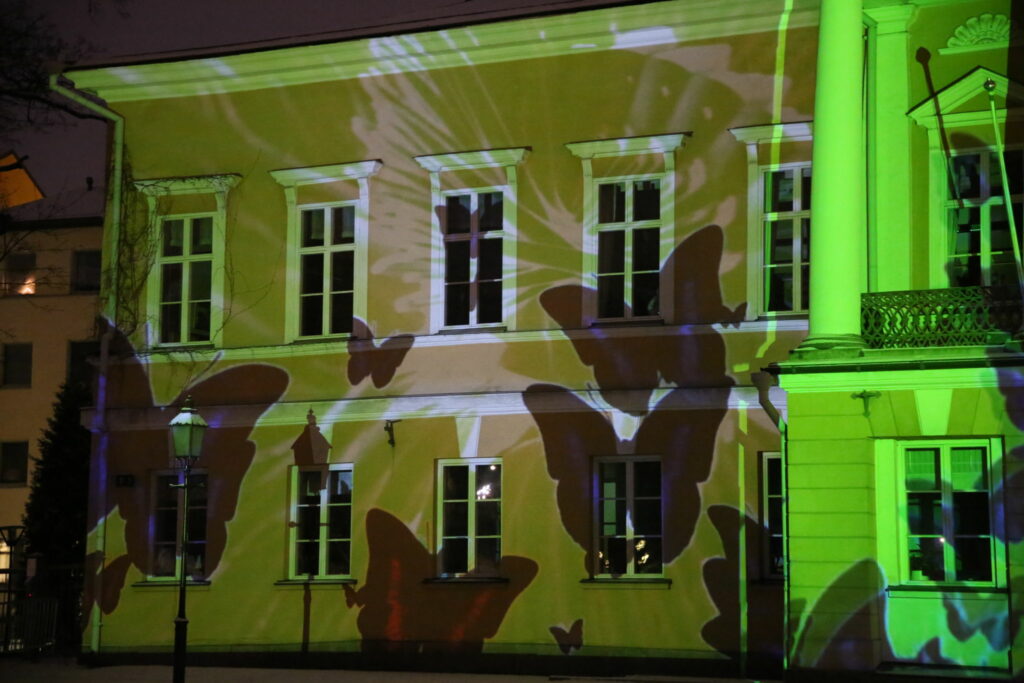 Release of the jubilee history publication.

Opening of the exhibition “A message from the past”, which presents the collections and archives of the ÅAU Library.

In Vaasa, the first centenary event was a concert arranged for 17 March 2018 in the Holy Trinity Church of Vaasa. The concert included the premiere performance of the new Åbo Akademi University jubilee cantata, which was presented by the student choirs Florakören, Brahe Djäknar and Pedavoces. The jubilee cantata was composed and conducted by Ulf Långbacka.

The very first cantata for Åbo Akademi University, “Song of the Earth”, was commissioned for the inauguration ceremonies of the university in 1919. It was composed by Jean Sibelius, who also conducted the choir and orchestra at the inauguration in 1919.

Open house on the Turku campus.

Åbo Akademi University arranged a doctoral conferral ceremony on May 25, 2018. Persons holding a doctoral degree from Åbo Akademi University were conferred. Additionally, the Faculties conferred Honorary Doctors, either for the person’s solid scientific merits or in acknowledgement of substantial contributions in society. Persons, who defended a thesis 50 years ago, were conferred as Jubilee Doctors.

Guided campus tours in Turku in Swedish, Finnish and English, free of charge.

Åbo Akademi University contributed to the SuomiAreena forum in Pori by participating on the panel “Election democracy and majority decisions – What are the future outlooks of democracy in Finland?”  Professors Kimmo Grönlund and Elina Pirjatanniemi represented ÅAU on the panel. The discussion was moderated by Eeva Lehtimäki, Communications Agency Ellun Kanat.

A future seminar in Turku: “Imagine! Science, knowledge and wisdom in the University of the Future”. Renowned representatives from industry, economy and science discussed topics related to the future. The City of Turku illuminated the Library Bridge with red and yellow, the colours of Åbo Akademi University.

The jubilee event “Toward the future” in Vaasa.

At the Sibelius Museum, Turku, the exhibition entitled “A cantata for doctors – Music for academic celebrations” was open from 1 February 2018 to 6 January 2019. 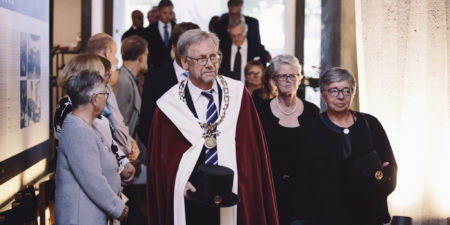 Celebrate the centenary of Åbo Akademi University with us!