Saprolegnia infections in fish in Finland

Saprolegnia infections in fish in Finland

Saprolegnia belongs to the group oomycetes, commonly found in fresh water. Oomycetes are mycelium-forming organisms that resemble fungi, but are more closely related to brown algae and diatoms. Some species of the genus Saprolegnia are parasitic and cause infections of the skin and gills of fish. Mortality caused by various Saprolegnia species has resulted in significant losses in fish farms in Finland and globally. No effective treatment is available at the moment, which makes the disease problematic.

In a previous pilot study, we examined the potential presence of various Saprolegnia species in Finnish fish farms by sequencing the ITS region of Saprolegnia DNA and by genetic identification. The study showed that a clear majority (86%) of the Saprolegnia species that infect cultured fish in Finland belong to the species Saprolegnia parasitica. In the continued project, we will now analyze the heterogeneity of the S. parasitica isolates isolated during the pilot study. This is done in order to determine whether there are potential dominant genetic clones of the species, which cause most of the disease outbreaks. This analysis will be done using a genetic analysis of several different genes, a so-called Multi Locus Sequence Typing (MLST) methodology. The results will then be used to develop a method for fast detection of specific strains/clones of S. parasitica in the aquatic environment, and to be able to establish a possible association between specific bacterial infections in the skin of fish and infections with Saprolegnia.

The project is carried out at the Laboratory of Aquatic Pathobiology

To the project site at Finnish Food Authority

Faculty of Science and Engineering 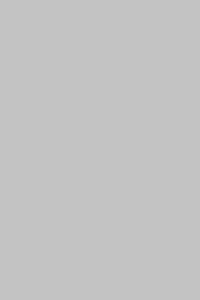